“Shopping mania” is on the rise in Istanbul with new malls

Istanbul, one of the biggest metropolises in the world, enjoys a privileged position in modern shopping sector as well, and it has the highest number of shopping malls among the cities in Europe and Middle East.

The volume of trade at the modern shopping malls is amazing and the shopping experience is fabulous, especially for foreigners.

However, no matter how popular they are, the shopping malls of Istanbul cannot compete with the charm of historical marketplaces such as Grand Bazaar which is at the same time the world’s biggest covered market. 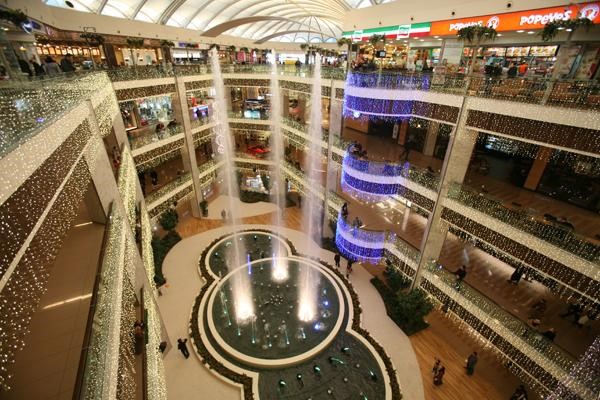 Opening branches of global brands in these shopping malls –in clothing or in beverage sectors-- have the potential to bring significant clientele and profits for the foreign investors who are willing to invest in Turkey’s niche and lucrative sectors.

The number of shopping malls across Turkey was 337 in 2014, and this number has steadily risen to 361 in 2015. By the end of 2016, some 40 new malls are expected to be built in Istanbul. The number of malls nationwide is expected to reach beyond 450 by 2017, according to the sectoral reports.

The clientele of these shopping malls mostly varies according to its location. Istinye Park, one of the biggest malls with mostly medium and high-income visitors, provide meaningful opportunities for profit, while new malls, which have been recently opened in the Anatolian side, like Akasya, have also an increased number of visitors from medium and upper segments of the society.

In the light of the governmental showcase projects to make Istanbul an international finance center that can rival Dubai and Singapore, Istanbul’s Atasehir district in the Asian side of the city bears a growing strategic importance for the shopping malls and residences to profit in advance from the untapped potential of the city’s prospective business hub.

The government is planning to locate Istanbul Finance Center project in an area of 1.7 million square meters, and it is expected to gather the headquarters of the principal private and public lenders of the country, along with stock exchange and banking regulators. In this regard, the launch of new shopping and residential areas in this neighborhood would shine in investors’ eyes.

With an ever-increasing resident population, which is at 14 million today and with more than 12 million visitors annually, Istanbul stands as one of the most popular cities for buying and sellers.