Istanbul’s already high real estate value is set to rise further thanks to the mega-scale infrastructure projects such as the Eurasia tunnel, third airport, third bridge, Kanal Istanbul and Istanbul Finance Center, among others.

The constellation of all these ambitious projects, along with the key geographic location of Istanbul, increase the appeal of the city and make it a preferred and attractive location for the real estate development and construction projects in Turkey.

The Kanal Istanbul project will be realized on the European side of Istanbul, with the aim of building a sea-level waterway to connect the Black Sea to the Marmara Sea as well as accelerating shipping traffic in the Bosphorus. The length of this artificial canal is expected to be around 45 kilometers, with an average width of 150 meters on the surface, and an estimated cost of between 5-6 billion dollars.

The third airport is being constructed on the northern part of the city, near the Black Sea. When completed, the passenger capacity of the airport is expected to be around 150 million per year, the highest throughout the world. It is also set to be world’s largest airport. The projected date for the completion of this landmark project is 2018. The airport will also be integrated with the Northern Marmara Highway and the third bridge to ease the connectivity of the visitors to the city.

Another mega-project unveiled in 2010, the third bridge over the Bosphorus which will lie between Beykoz on the Anatolian side and Sarıyer on the European side will be the longest suspension bridge of the world, with a length of around 1.5 kilometers and with an estimated cost of 6 billion dollars.

The ambitious Eurasia Tunnel, which will be the second tunnel under the Bosphorus, will connect the European and Asian sides of the city and will operate between Kazlıçeşme on the European side and Göztepe on the Asian side. The project is expected to reduce the traffic jam of the city with a tunnel of 14.6 kilometers and 5.4 kilometers of the tunnel route, to be accomplished with a special technology, will be located in a two-floored tunnel under the seabed.

Istanbul Finance Center, announced in 2007, aims at turning the city’s Ataşehir district on the Anatolian side into a major financial hub and a primary business district in an area of 1.7 billion square meters, with an estimated budget of 5 billion Turkish liras. The project is expected to be completed in 2018. 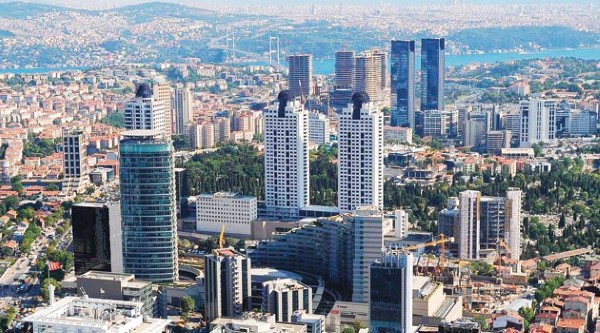 All these spectacular projects boost the potential of the city, not only by expanding its connectivity and transportation network, but also by increasing its economic rent in the eyes of investors.

The “hot” neighborhoods that are close to these projects are more and more crowded with new construction projects where investors buy properties from now on as a farsighted investment for the near future.