The Magnificent Mosques of Istanbul

The mosques of Istanbul are world famous as they are great examples of architecture exuding beauty and spirituality. These holy prayer arenas are irreplaceable sanctuaries for many people and are always full, especially during prayer or namaz times. They add uniqueness to the beauty of the city with their gorgeous architecture and lighting during the nights, and create an almost magical silhouette of Istanbul that fascinates every visitor. Dyring your visit to these holy places, you will also want to explore their neighborhoods, since all of them are located in historical districts. Here is our guide to the magnificient mosques of Istanbul. 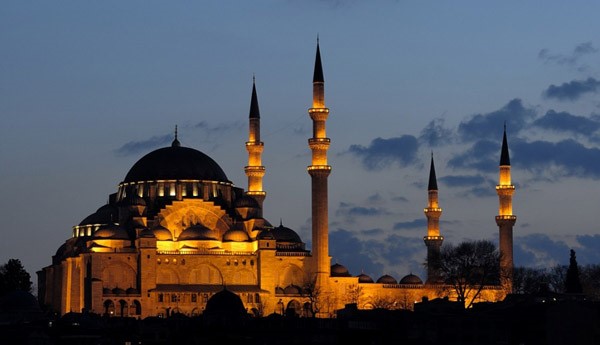 Süleymaniye Mosque was built by Mimar Sinan in the 16th century for Sultan Süleyman, the Magnificent, and it is the largest mosque in the city. It is located on the third hill of Istanbul and is one of its best-known sights. The genius architecture of Mimar Sinan blends Ottoman style of slim minarets with the Byzantine architectural style of half-domed buildings. This complex was built to demonstrate the greatness of Sultan Süleyman and the empire he ruled. Therefore, four Koran schools, a bathhouse, a roadside inn and a public kitchen; which is now a restaurant, were also built beside the prayer hall. Moreover you will find the tombs of Hürrem Sultan, Mimar Sinan and Sultan Süleyman when you visit this stunning architecture. Don’t miss seeing the area as there are also beautiful teahouses and Ottoman era wooden houses, some of which are already converted to luxury real estate. 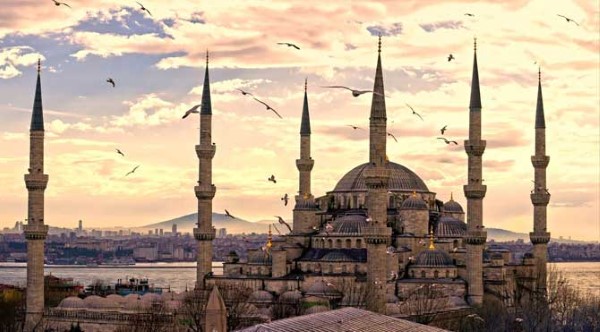 Blue Mosque is the one of the most fascinating architectures as it is the first mosque that was built with six minarets. Commissioned by Ahmed I in 17th century, it is most famous for the beautiful white, green and mostly blue İznik tiles decorated in its interior walls. Located at the heart of Sultanahmet, across Hagia Sophia, it welcomes many people especially in Ramadan as well as many tourists throughout all year. You should definitely see this spiritual sanctuary. 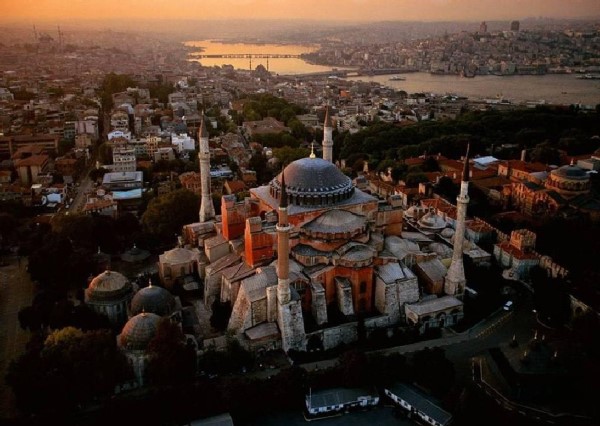 Hagia Sophia is one the most famous mosques where Fatih Sultan performed his first prayer after the conquest of Istanbul. It was built in 6th century in Byzantine Period and was converted into a mosque during the Ottoman Period. Hagia Sophia is a unique hybrid architecture, where the elements of Christian architecture are combined with Ottoman style. You will also find the tombs of many Ottoman Sultans in its garden. While you’re there, don’t forget to take a tour of Sultanahmet, as it is very popular both for tourists visiting the area and also a hub for business owners who invest in Istanbul for tourism business. 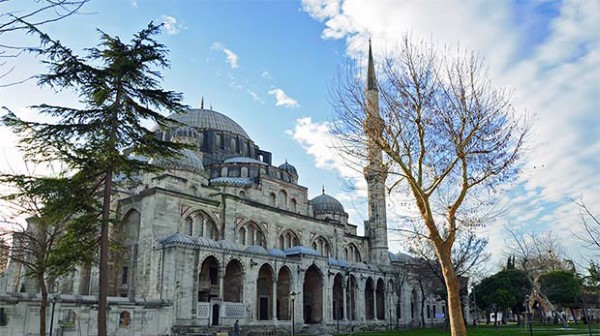 Şehzade Mosque was built by Mimar Sinan, as a memorial to Şehzade Mehmed, son of Sultan Süleyman and Hürrem Sultan. It is considered to be the first masterpiece of Mimar Sinan, with its symmetrical geometrical architecture. Inside, you will find beautiful colorful tile works. The tombs of Şehzade Mehmed and Şehzade Cihangir are also inside. Outside of the mosque, you can also visit the mausoleum of Rustem Pasha, the son-in-law of Sultan Suleyman. Fatih is also home to Fatih camii, many historical attractions, bazaars and booming Turkish properties. Spare a full day for this district.

Eyüp Sultan Mosque was the first mosque that was built after the conquest of Istanbul. It is one of the most holy places in the Islam world, as the flag bearer of Prophet Muhammad, Eyüp- El Ensari, was killed here during the Byzantine period. After the conquest of Istanbul, his grave was discovered and a mosque was constructed in his name. The famous Pierre Loti Cafe is also located here. You may have a coffee or lunch after visiting this sacred place and enjoy the gorgeous view of the Golden Horn. The booming construction industry in Istanbul is converting Eyüp into a residential area with affordable luxury apartments and an attractive zone for those that want to buy Istanbul property. It is well worth visiting to witness its great history blended with 21th century modernity. 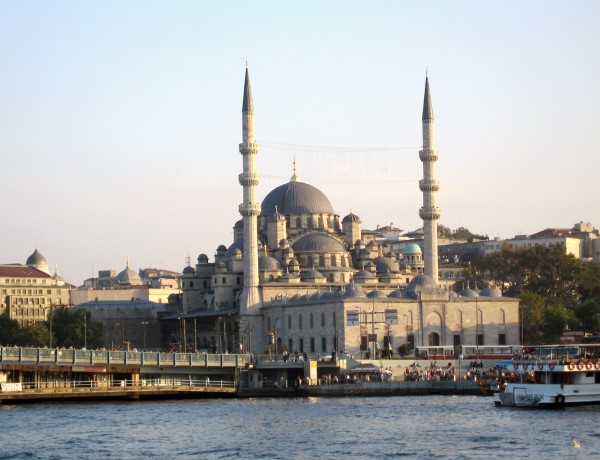 This mosque was commissioned by Safiye Sultan, wife of Sultan Murad III in 17th century. Inside, it is decorated with Iznik tiles, and outside, its domes are uniquely shaped in the form of a pyramid. Located near the sea in Eminönü, it is in front of the square famous for its pigeons where many people just feed them. It is also close to the famous Spice Bazaar, one of the largest bazaars in the city. The building of the Spice Bazaar is a part of the complex of the New Mosque. This area is very famous both for affordable shopping and its luxury properties and boutique hotels in Sirkeci, the residential zone of Eminönü. 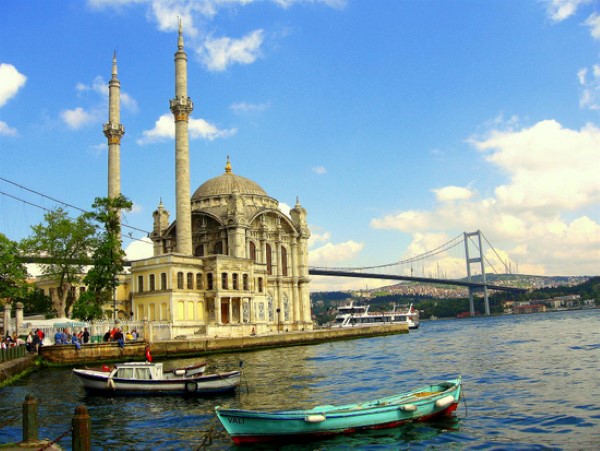 Ortaköy Mosque is the imperial mosque of Sultan Abdulmecid, which was built in the 19th century. It has a U-shaped plan with a neo-baroque style and it is located in the gorgeous zone of Ortakoy near the sea, with a fantastic view of the Bosphorus. Ortaköy, a very cute residential district of Beşiktaş, has always been very popular both for locals and tourists for its teahouses just in front of the mosque and the souvenir bazaar on Sundays. Once you have a walk in the area, you will see the historical wooden house architecture blended with new luxury investments. It is really worth visiting the area, at least for having tea against Bosphorus after your prayer in this amazing sanctuary.