The central districts of Bursa are home to many historical inns and bazaars, which demonstrate the strong historical background and amazing Ottoman architecture of this world-heritage city. Every street corner reflects the spirit of several archaic civilizations that have passed by, while these historically important inns are still alive to demonstrate the traditional handcrafts and bazaar culture of the Ottoman Empire. Several important commercial transactions of the governments as well as local production of traditional handcrafts were made here, as Bursa was one of the pioneer cities for commercial development and an important capital in the region. Although the main production areas have been converted to big facilities through time, the bazaars of Bursa have kept their authenticity thanks to the traditional artisans and local manufacturing culture, as well as quality textile products and the furniture industry. All of the famous bazaars are located in Osmangazi, the most developed province of Bursa, where there are many beautiful historical sites and residential areas to visit. The popularity of the province goes beyond Bursa, due to its importance in automotive and textile industries and booming luxury investment in the recent years. An urban transformation project led to new business investment opportunities, attracting those who are interested to buy Turkish properties. The increasing demand for luxury apartments is also effective in the development process. Those who don't prefer to invest in Istanbul, come here for alternatives, as the prices are relatively affordable than property investment in Istanbul. It is definitely worth visiting the area to get lost in its history and see this well-developed province. Here are the most popular bazaars visited by thousands of locals and tourists every year. 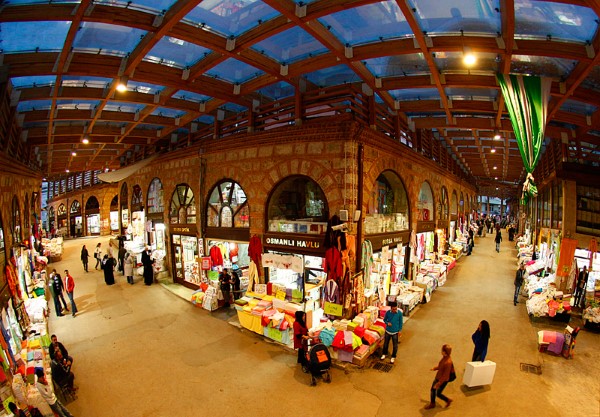 Kapalı Çarşı, located behind the Grand Mosque, is one of the oldest bazaars of Bursa, with a history going back to the era of Orhan Gazi in the 14th century. It was established during the transformation of Bursa from a military zone to a commercial center. The inns were covered by roofs and shops and trade centers were established inside. In time, several other inns and bazaars close to the area were added. The shopping center was nearly destroyed by several fires and the latest restoration was made in 1960. There are several exchange offices at the main center and you can find various brands of the Bursa textile market in the underground bazaar. Another heaven for textile shopping is Uzun Çarşı, the shopping area starting from the exit of Kapalı Çarşı. Bedesten, the jewelry bazaar in Kapalı Çarşı, bazaars of furniture, footwear and handcrafts are also worth exploring. This grand bazaar is located at Heykel, which is literally the heart of the city. 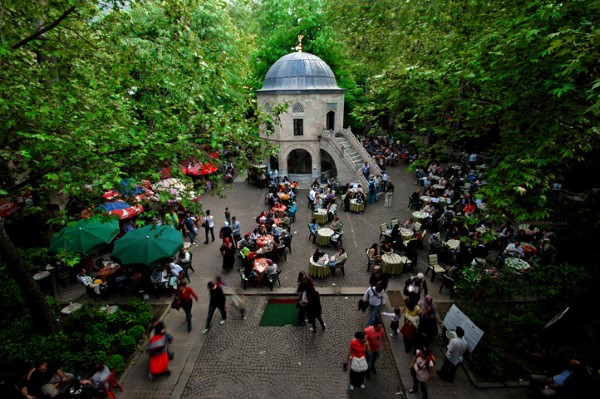 Koza Han was commissioned by Bayezid II. to Abdül ula bin Pulat Şah in the 15th century. It was used as the main trade center for silkworm cocoon, which played an important role in the development of Bursa's textile industry. The architecture of the inn is classical Ottoman style and the backyard of the inn opens to Uzun Çarşı through a door of beautiful blue tile works. The inn remains as the silk center of the city, where you can find many famous brands. The cafes and restaurants in the first floor are perfect for having lunch and taking a rest. Koza Han is located between the Grand Mosque and Orhan Mosque, at Heykel. 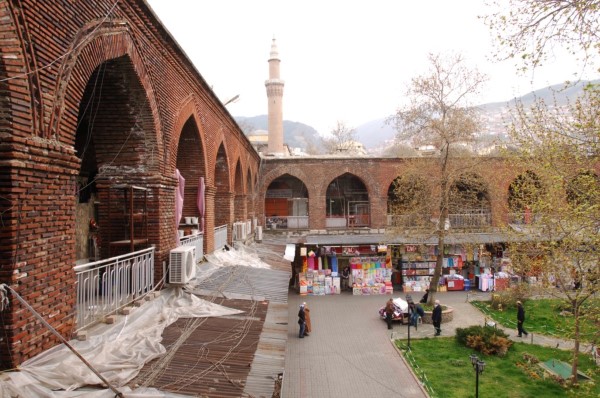 İpek Han is located next to İvaz Paşa Camii, and is one of the biggest inns in the city. It was commissioned by Çelebi Sultan Mehmet to İvaz Paşa who was one of the most famous architects of the 15th century. It was also a gathering place for the silk producers until it was transferred to the coachmen of the vehicle industry in the 19th century. Today, it is home to the textile industry and a commercial center for various brands. Its proximity to Koza Han, Kapalı Çarşı and the famous mosques makes it ideal for shopping spree. 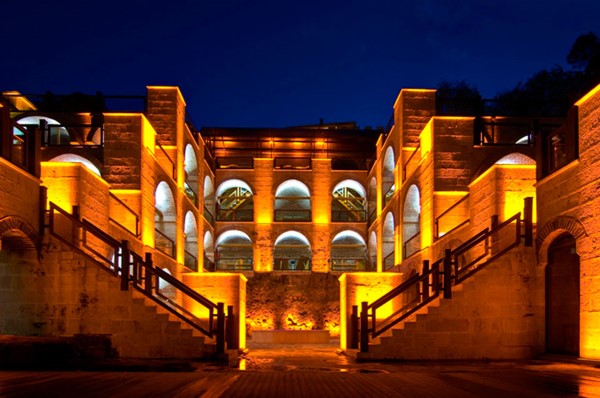 Balibey is the first three-floor inn that was built in Bursa. It was commissioned by Bali Bey in the 15th century to provide revenue for the mosque in Yenişehir. It is very close to Kırkmerdivenler and Hisar Kapı and it was restored by the municipality in 2006. There is a restaurant operated by the municipality in addition to the beautiful handcrafts stores of local artisans. 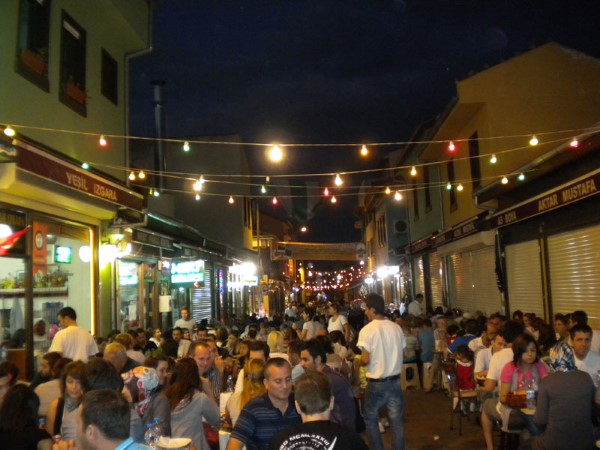 Kayhan Çarşısı was commissioned by Selçuk Hatun and it was damaged by several fires because of the many blacksmiths in the area. Today there are still blacksmiths and cutlers around, however the main purpose of your visit should be the delicious kebabs, pides and meatballs served in the authentic restaurants of the bazaar.  It is also located in Osmangazi. 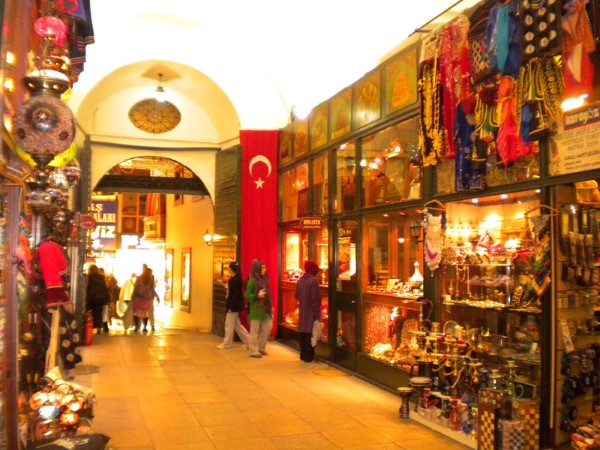 Eski Aynalı Çarşı was the first hammam-bazaar of Bursa, built in the 14th century. It served as a hammam for both men and women until it was damaged by several fires. After its restoration, the walls were covered by mirrors and it became home to jewelry and antique shops.  It is definitely worth visiting as it draws many tourists every year. It is located next to Koza Han.