Istanbul is a melting pot of a city showing the diversity of the cultures that have formed this fabulous city over the millennia. Take a look at Hagia Sophia, this orthodox Basilica not only changed the perception of architecture, it has been utilized by the different religions to be found in Istanbul’s history. In 360- 1453 it served as the Greek Patriarchal Cathedral of Constantinople, in between that from 1204-1261 it became a Roman Catholic Cathedral. In 1453 it became a mosque: it is now functioning as a museum. Hagia Sophia displays a parallel to Istanbul itself, under the layers you will find a surprising history. 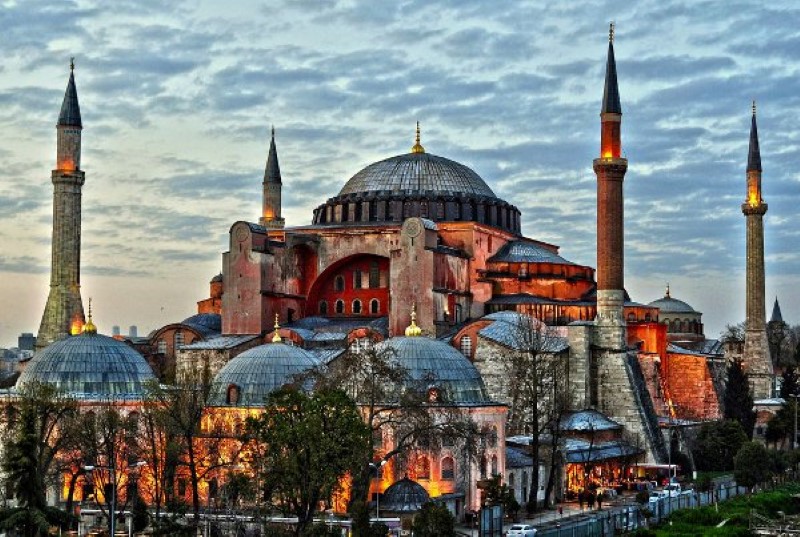 Underneath this ancient and modern city we find even more antiquities. The cisterns beneath the city contained the drinking and bathing waters for the inhabitants. The Basilica Cistern is one of the largest with a considerable amount of interesting artifacts, the 336 marble columns that the builders of that time built with materials from all over the Byzantium Empire.

Once a major trade city on the silk road, Istanbul is an eclectic mix of foods, spices and other goods; centrally located for trade from the Byzantium times that has continued into today. The Spice Bazaar or Mısır Çarşısı, (the Egyptian bazaar) is located along the Eminönü district of Istanbul. Alongside the sea routes it has been a source of local and exotic spices and herbs since 1663. Originally known as the New or Valide Bazaar its name evolved in the mid eighteenth century when most of the spices came from Egypt. 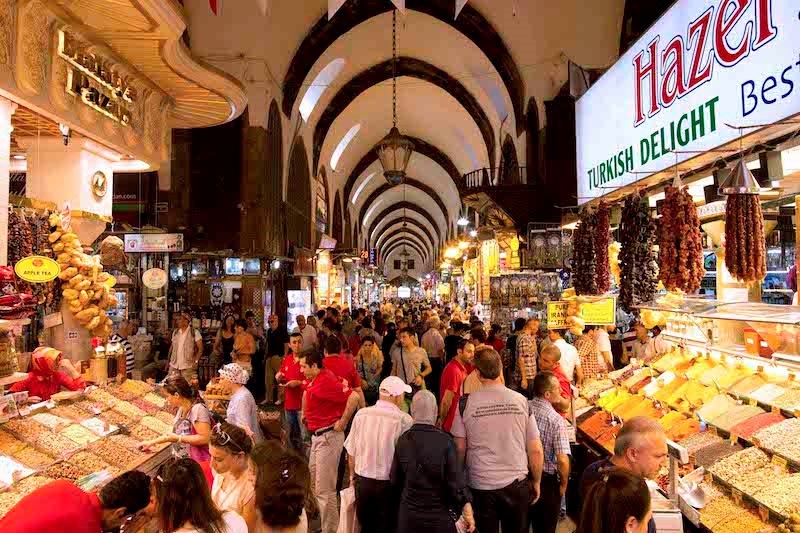 The variety of cultures that have created Istanbul, those who lived there, those who traded there, those who ruled, have all left reminders of themselves in great architecture, laws, food and drink and music. Just take a boat ride along the Bosphorus and look at the iconic skyline of Istanbul emulating what the men of many nations have done throughout its history.

One of the most beautiful places to visit, a real step back in time, is Topkapı Palace. Now a museum but once a hive of government and Turkish nobility, it is a place to absorb and dream of history. Of harems and sultans, wars and peace, home to Sultans for over 400 years you can sit and look at the Marmara Sea and indulge in some day dreaming of times gone by.

Istanbul bridges the modern with the traditional; where history stands alongside the making of history. A cultural mosaic, Istanbul not only physical bridges the Bosphorus to join east and west, it also does so philosophically, religiously and culturally. Art music and dance all reflect the diversity that can be found here from the Whirling Dervishes to pop stars. 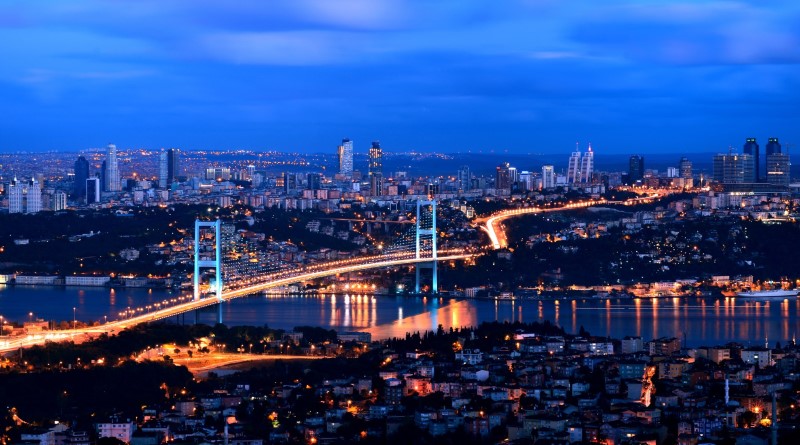 Everything about Istanbul is unique, fascinating and distinct; the city beats to its own tune, one that is continuous, timeless. Every growing but not losing its roots.

It has it faults, what city doesn’t but Istanbul is vibrant and bustling yet still has the space and time for dreaming of times gone by and for a future that is still being built.