Like anywhere in the world Turkey has its own customs and rituals, a lot of them are connected with food or food is involved. If you have spent any time in your Turkish property either when purchasing or visiting, you may have come across this food hospitality. A knock on your door can herald a neighbour with a tray of plates with baklava or a semolina dessert, ‘irmik tatlısı’. Another time it may be one of the famous milk puddings that can be found in Turkey or a bowl of asüre. A lot of these visits can be connected to the Islamic religious calendar and be associated with special or festival days, other times it is just the super Turkish hospitality making an appearance. Turkish people will share food at any time. For example, you have settled into your Turkish property and go to pay a neighbourly visit, if they are eating you will be expected to join them, if they are not eating then expect a plate of cookies or biscuits to appear. Followed by fruit all served with Turkish çay or Turkish coffee. Even popping round for a cup of sugar can find you being involved in this social ritual. Remember to make time for this, as it is considered rude to refuse – especially when your acquaintance is new.

Some of the Neighbourly Food you Might Come Across 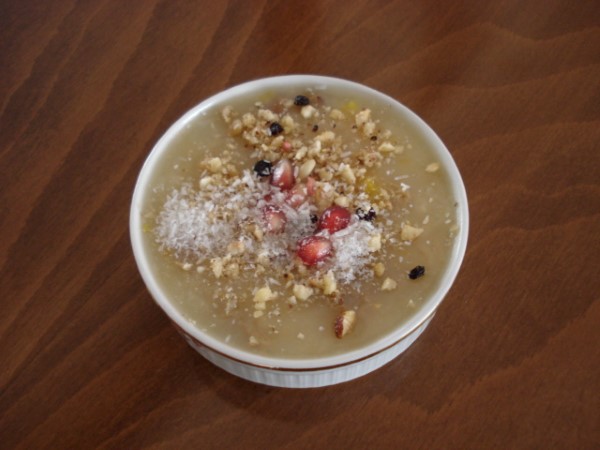 Aşure is considered one of the oldest puddings in the world. Named also Noah’s pudding it is said to have made by Noah in celebration of their survival of the flood using all the ingredients he had. This pudding is light and fruity but do not be surprised to come across grains, beans bulger alongside dried apricots, nuts and pomegranates seeds. All of this in tribute to the origins of the pudding. Traditionally served on the 10th day of Muharrem, which is the first month in the Islamic calender, ingredients can vary region to region and according to household recipes handed down over the generations. 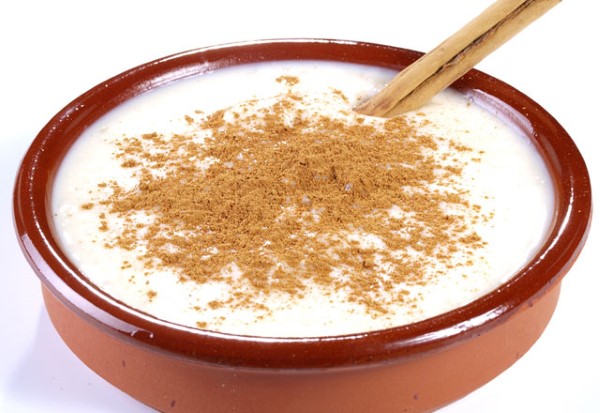 This delightful dessert is nothing like store bought rice pudding. An Ottoman favourite and was often flavoured with rose water. This pudding is best served cold and sprinkled with cinnamon. These is an oven baked version called firinda sutlaç which also tends to be served cold. Delicious!

The making of aşure might take some time but there are plenty of recipes on the internet, as there are for sutlaç. Now you have your Turkish property it would be neighbourly of you to visit with your neighbours . Be sure to take along some homemade dessert to impress and make a statement about your knowledge of Turkish customs. Much better by far than a store bought version but make no mistake both will be eaten with pleasure. There are many more interesting desserts in Turkey which we will explore in future posts.