Hotels in Iran are to be constructed by Turks 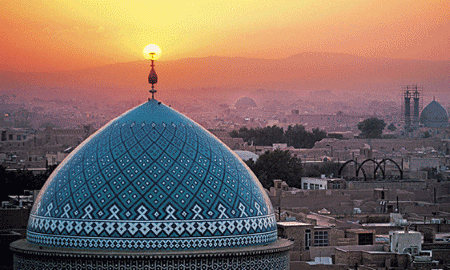 Iran and Turkey, wanting to improve their relationships, decided to enhance their bilateral trade. Thus, a meeting, between the Minister of Culture and Tourism, Unal, the Iranian Vice President Mesud Sultanider and other Iranian delegates, took place in order to discuss the possibility of mutual investments and collaboration.

The result of the meeting was the signing of the 4th Tourism Collaboration Protocol, which gives the possibility to Turks investors, to build at least 10 hotels in Iran. For this joined venture, candidate cities are considered Tehran, Isfahan, Shiraz, Tabriz and Mashhad.

Moreover, the agreement includes a significant increase of charter flights between Iran and Turkey, which will result in growth of tourist flow between both countries. That's good news for Turkey, considering that Iranian tourists have already increased up to 6.9%, which means that 1.7 million Iranians visited Istanbul in 2015, according to the data from the Ministry of Culture and Tourism. In 2016, the tourism industry expects more than 2 million Iranians to visit Turkey.