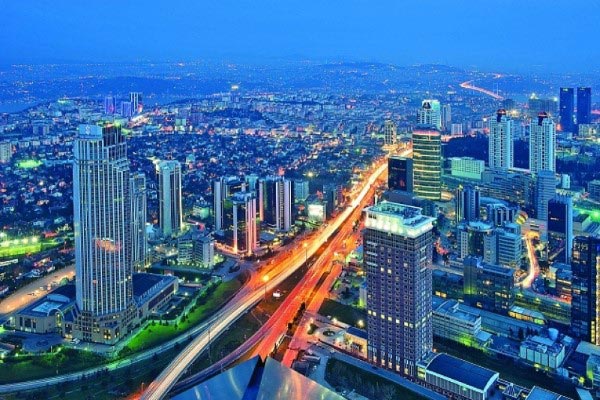 The world famous Knight Frank real estate company, provided a list about the changes in property values, regarding 156 cities all over the world. According to the figures, three Turkish cities are among the top 20!

Istanbul, the largest city in Turkey, holds the second place in the list, having a 25 percent increase on the property values, while the average price of the global market, stood at 4.4 percent. The second Turkish city in the list, is Izmir, which holds the sixth place, with an increase of 16.5 percent in the property values. Ankara, the capital of the country, took the third place of the Turkish cities, holding the thirteenth place, with a 12.4 percent increase.

The president of IZMECO Chamber of Real Estate Brokers, Mesut Güleroğlu, claims that, due to the high increases in Istanbul rates, Izmir has outranked Ankara, because investors changed their primal focus. He also believes that, one of the main reasons that Izmir took the second place in the Turkish list, was the completion of the multi-storey residence and office projects in the Bayrakli neighborhood.

Mesut Güleroğlu, also believes that, the rates of the mortgages will be decreased from 1.20 percent to 1 percent, so small investors should better wait for this change. He states that, the second half of 2016 is going to be better regarding the sales and to keep in mind that, when the prices go up, the interest rates will be decreased.