High Fashion that Follows the Intent of Hijab

A different direction for haute couture – ‘modest haute couture’ made its first appearance in Istanbul May 2016. Attended by conservative Muslin elite from many countries including Azerbaijan and Indonesia. Modest fashion week was held in the splendour of Ottoman surroundings at the historical Haydarpaşa station, once the starting point for the haji pilgrims to Mecca.
Jenny White, of the Stockholm University Institute for Turkish Studies has said: ..pious Muslims have gained power and wealth and are confidently pushing the boundaries of what it means to be Muslim. For the first time in the Turkish republic’s history, Islamic dress is associated with upward mobility 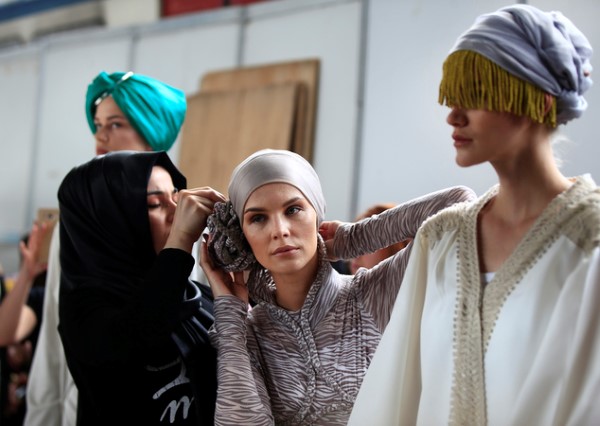 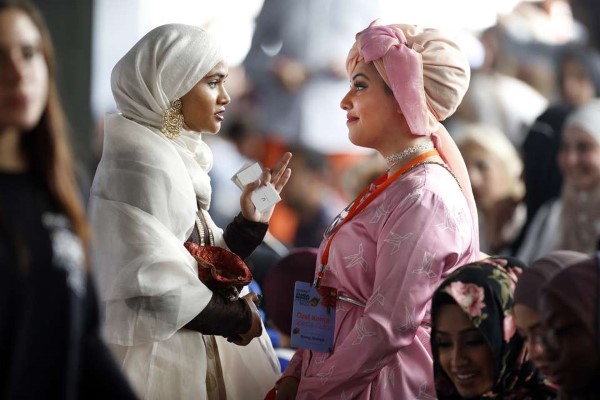 For almost 90 years the wearing of headscarves or head coverings was banned in Turkish Universities and from anyone working in the public sector, this was changed in 2013. Around 45% of Turkish women wear a head scarf although not many adopt the niqab or burka. Niqab is a head covering or veil that hides everything but the eyes; the burka is a full head and body covering associated mainly with Afghanistan. Modest haute couture is aimed at the conservative Muslims who want to keep to the code of Hijab and dress modestly but also demand high fashion to make their look elegant and chic. As the two day event showed the demand for a stylish Muslim wardrobe is growing in popularity.
In the Islamic world of high fashion Turkey is leading the way, the world’s largest consumer of Islam-friendly clothing with a market worth 25 billion dollars a year. Its unique positon spanning Europe and Asia is acting as a bridge for the fashion markets of both. Now on the catwalks we will be seeing far more interesting directions for conservative fashion not only in the designer labels but into the stores. On display where a range of clothing from casual to glittering ball gowns, all connected by the stylish modest cut of the clothing. An array of colourful headscarves, chic turbans and chignons for the unveiled, completed the look. Modest fashion has been seen in the wedding industry for many years, as a Muslim bridal dress is just as important to her as to any bride but with haute couture and designer labels gaining momentum we are going to see far more individual concepts from the designers. 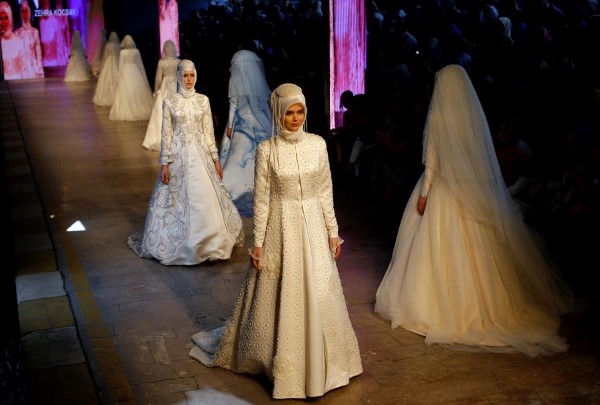