Antalya is the fifth biggest city of Turkey and the biggest one in the Mediterranean Region. It is located between the Western Taurus Mountains and the Gulf of Antalya. It is surrounded by the Mediterranean Sea in the south, Mugla in the west, Burdur and Isparta in the north and Karaman and Mersin in the east. Its warm Mediterranean climate, beaches and natural beauties make it a popular touristic destination. The population, which is over 2.000.000, mainly deals with commerce, tourism and agriculture. The fertile lands are suitable for producing fruits and vegetables and greenhouse farming is also wide spread in the area. Industry is relatively limited and the main industrial zone is the Antalya Organized Industrial Region. Antalya Airport is one of the most important and busy airports in the region. 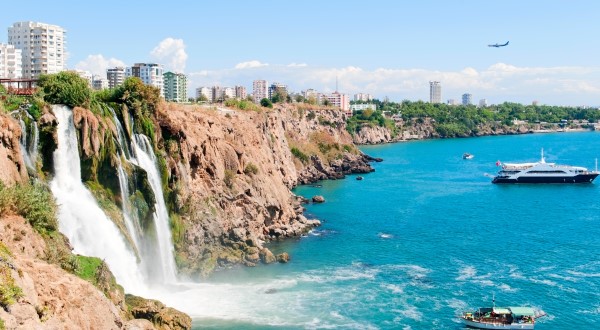 The history of the city goes back to the Paleolithic age. Ancient human fossils were discovered in the Karain Cave. It was home to the Lycians during 2000 B.C and also part of Pamfulia, home to several civilizations living together. Attalos II, the king of Pergamon Kingdom during the Hellenistic period, built a harbor city here and it was called Ataleia. It was conquered by the Eastern Roman Empire in the 5th century, and later by the Seljukians in the 11th century. Its strategic location next to the Mediterranean Sea and its proximity to main commercial routes made it a warzone, until the Ottomans finally conquered it in the 14th century. Kaleici is one of the main historical and cultural sites to visit to see structures dating back to the Romans and also home to authentic Antalya properties. There are also several restaurants around. Hadrian’s Gate is a triumphal arch, which was built in the name of the Roman Emperor Hadrian in 130 A.D.  There are also several ancient cities around the region, displaying the rich variety of ancient civilizations that lived here. Perge, which was founded in 7th century B.C, was an important ancient city of the Perge Christians. It is located 18km east of Antalya. Aspendos is another ancient city, founded around 500 B.C, 48 km east of Antalya and it is famous for its antique theater, where Aspendos Opera and Ballet Festival is organized every year. Phaselis, which was founded in the 7th century B.C 60 km south of Antalya by the Rhodians, was also an important port city. Patara and Xanthos are also popular destinations that are visited by many travellers of the legendary Lycian Way. The most important Seljukian architecture in the city center is the Fluted Minaret of the Alaaddin Mosque, which is also considered as the symbol of the city. Karatay Madrasah and the Kale Mosque, which are also in the center, belong to the Seljukian period. Saint Nicolas Church, where Saint Nicolas (Santa Claus), performed his duty as a bishop, is located in Demre. 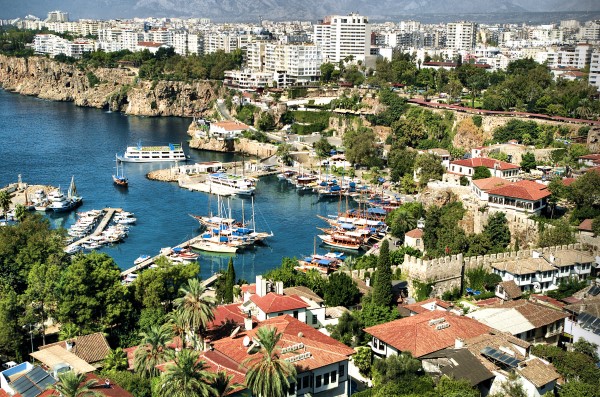 There are 19 districts of Antalya and 5 of them are located in the city center.
Kepez is the biggest district and it is most famous for the Duden Waterfall. Antalya bus terminal is located here, as well as various parks and a zoo. Muratpasa is the second most populated district and it is home to Kaleici (Old City), Karaalioglu Park and the Lara Beach. It is also the cultural hub of the city, as several museums, theaters, bookstores and exhibition centers can be found here. This zone is also popular for investing in Antalya, as there are various ongoing projects from luxury properties to affordable flats for sale.  Konyaaltı province has a famous beach by the same name and is also home to Antalya Port. Konyaalti is also a popular place for real estate investment in Antalya.

The natural wonders close by are absolutely worth visiting. Manavgat and Kursunlu Waterfalls are popular destinations in the summer. Cleopatra Beach and Oymapınar Lake also draw in many visitors to Manavgat. The caves and caverns, which have relatively cool climate in summer, also attract nature lovers. The most popular caves are Geyikbayiri, Karain, Kocain, Iz and Papazyakasi caves.

Several provinces of the city are excellent summer resorts. Alanya, Side, Belek and Kemer are home to luxurious five star hotels and are very popular among tourists from Europe, the Middle East and Russia. There are also historical sites in Alanya and Side. Kas and Kalkan are famous for their boutique hotels, nice beaches and natural attractions. Kaputas Beach near Kas, is one of the most beautiful beaches in the region. The region is also suitable for camping and several outdoor sports due to its green flora and warm blue sea. 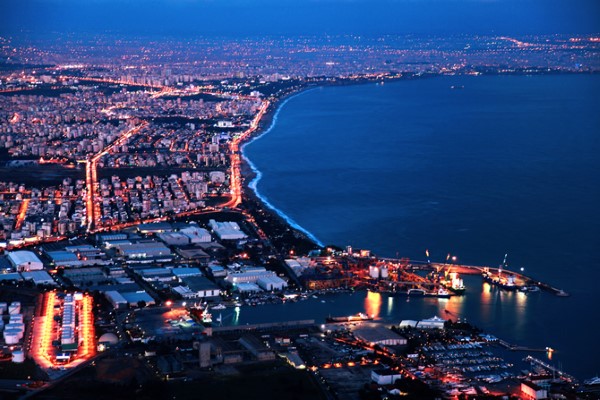 WHAT TO DO IN ANTALYA