Ayvalik is a seaside town of Balikesir located in the northwestern Aegean. It is one of the most important touristic destinations close to the Marmara Region and while its population is around 60.000, it rockets to 500.000 in the summer season. The town center is surrounded by the archipelago of Ayvalik Islands, which consist of 22 islands and rocks. Cunda Island (Alibey Island) and Lale Island are the only two islands, where there are settlements. They are both connected to the mainland by bridges. Devil’s Feast, where there is a big footstep that is claimed to be of the devil, has the best view of these islands. Sarimsakli Beach is the most popular beach of the area. Altinova, the small district of Ayvalik, also has a beautiful beach blending with the forests. The public beach, which is 4km away from the center and Paterica Bay at north of Cunda Island are other options for swimming. Scuba-diving is also very popular as its underwater is as beautiful as its fertile lands. Olive and olive oil production is very important for the town’s economy. Olive Harvest Festival is organized annually, being home to many international brands, business people, journalists, artists and gourmets. Transportation to the town is easy thanks to the Edremit Airport, which is 40km away from Ayvalik and to the several bus companies of Istanbul and Izmir. 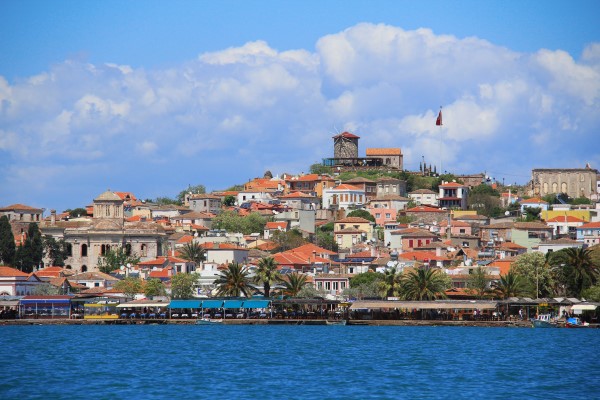 The town was called Hekatonisa, consisting of four main settlements; Nesos, Chalkis, Pordoselene and Kydonia in the ancient ages. It was later ruled by several civilizations from Egyptians and Hititians to Byzantine and Roman Empires and was a favorite spot for pirates, who did not let the town develop into a larger settlement. It was captured by the Ottomans in the 15th century, remaining as a home to the Greek residents and an important trade center. There are several historical churches including Taksiharyis, which was converted to a museum, Saint Nicola, Moonlight and Agia Paraskevi, where it is said that the grave of Virgin Mary is located. Clock Tower Mosque was a church called Agios Ioannis, which was converted to a mosque during the first years of the republic. There are several old Ayvalik properties and regional shops on way to the church. Hamidiye Mosque was built in the 19th century for the Muslim population living in the area. Cinarli Mosque is another structure converted from a church.

Ayvalik is not only preferred for summer vacations, but also for permanent residency. There is a great deal of property investment in Ayvalik, most of which is made by the upper class residents of Istanbul. Camlik, which is 4km away from the center, is a popular zone for luxury investment, with its pine trees and beautiful sea view. Kucukkoy district is home to Sarimsakli beach and there are several boutique hotels around. Altinova’s beautiful beach and underwater natural beauties make it another popular zone for vacation. The old historical Greek houses also have an important share in the Ayvalik real estate market due to their beautiful architectures. Those who prefer to buy Ayvalik villas or luxury apartments, also visit Cunda Island. Cunda Island is most famous for its historical setting, beautiful bays and restaurants serving fresh fish. Dark Paradise Island is one of the most beautiful places to swim. Lovers Hill is home to the first windmill, which is now converted to a library and a café. 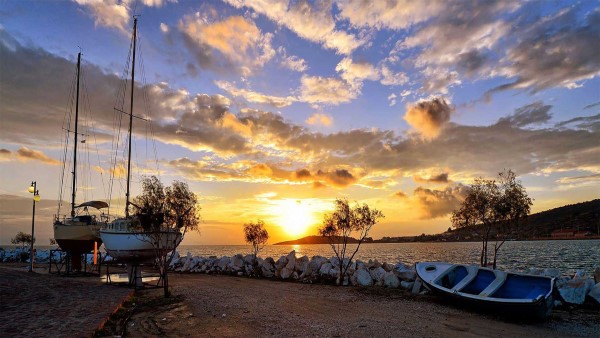 WHAT TO DO IN AYVALIK