Bodrum is an internationally recognized touristic peninsula of Mugla in the Aegean Region in southwest Turkey. Its beautiful districts, developed transportation, natural beauties and warm Mediterranean climate make it very popular for international tourism. Due to domestic migrations and waves of property investment in Bodrum, its population significantly increased from 50.000 to 150.000 in the last twenty-five years. Its districts offer different opportunities to the visitors from peaceful retreats to lively and impressive nightlife. There are minibuses for transportation between the districts. The best beaches of the peninsula are Bitez Beach, Akyarlar Beach, Ortakent Yahsi Beach, Bagla Bay, Karaincir Beach, Turgutreis Kadıkalesi Beach, and Golturkbuku Beach. Daily boat tours and scuba diving are also very popular. The peninsula has a huge aquaculture industry and is home to many fish farms. It is also the culture and arts center of the region. Bodrum Antique Theater and the Bodrum Castle, which are the most significant historical sites, are also home to several festivals and concerts in summers. Bodrum Museum of Underwater Archeology is also located inside the Bodrum Castle, where several artifacts discovered during the underwater archeological excavations are exhibited. Due to the increasing demand, Milas-Bodrum Airport was opened in 2000 to serve Milas and Bodrum, where there is busy traffic of the charter flights coming from the major cities of Europe in the high season. 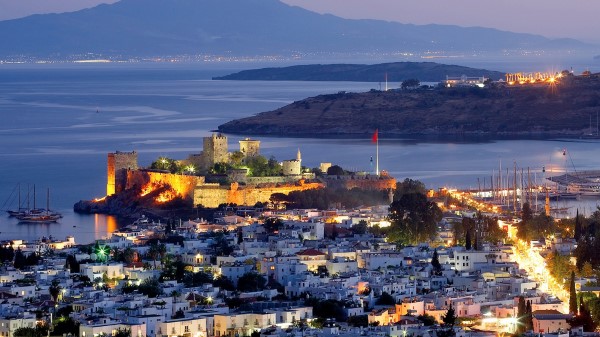 Bodrum was founded by the Dorians in the 11th century B.C according to the famous ancient historian Herodotus. When the Megerans arrived, they changed its name to Halicarnassus. The town was captured by the Persian Emperor Mausolos in the 5th century B.C and became the capital of Cyra. After his death, his wife Artemisia built Mausoleum of Mausolos, which is considered to be one of the Seven Wonders of the Ancient World, in memory of him. It was captured by the Turks in 6th century A.D after 700 years of the Roman and Byzantine rule. Bodrum Antique Theater stands an important heritage from the city of Halicarnassus. Bodrum Castle was founded by the Knights of Rhodes in the 15th century, and the remnants of the mausoleum were also used during its construction. It witnessed several attacks from the Ottomans and was finally captured in the 16th century. 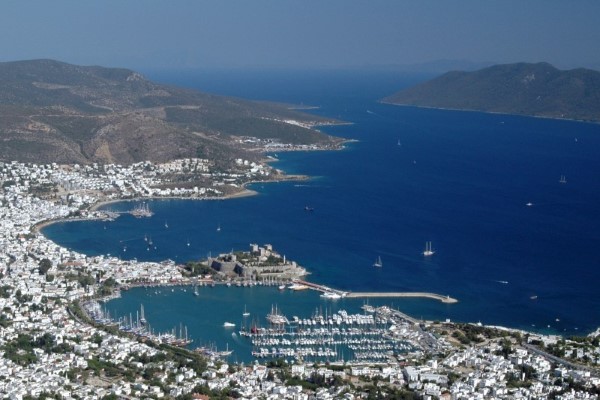 Bodrum is continuously developing with the construction of new luxury houses and building complexes, suitable not just for the summer season but also for permanent settlement. Bodrum properties have unique identity in their typical architecture with white colors and flowers. The recent urbanization has transformed this structure, although many people still choose white color, which creates a unique harmony. Nearly all districts are suitable for property investment in Bodrum and several new projects are on the way. Gumbet is very close Bodrum and there are rings for daily transportation. Many foreigners visit here for its warm shallow waters and vibrant nightlife.
There are a lot of watersports activities here from jet-skiing to parasailing. Torba is also just 5km away from the center and it is home to calm and luxurious Bodrum villas and green pine forests. Bitez and Akyarlar have the best beaches in the peninsula and also have a significant share in the Bodrum real estate market. Turgutreis is the second populous district and it is the first choice of the middle class residents investing in Bodrum. It is possible to watch the best sunset of the peninsula from its Kadıkalesi Beach. Turkbuku is the favorite spot of celebrities and the upper class, housing many upscale restaurants and bars as well as luxurious homes and hotels. It is one of the most expensive areas to invest in Bodrum. Yalikavak and Golturkbuku are also popular for luxury investment in Bodrum, with their beautiful surroundings and fresh fish. Guvercinlik and Gumusluk are preferred for peaceful vacations in a cozy environment and regional Mediterranean dinners. 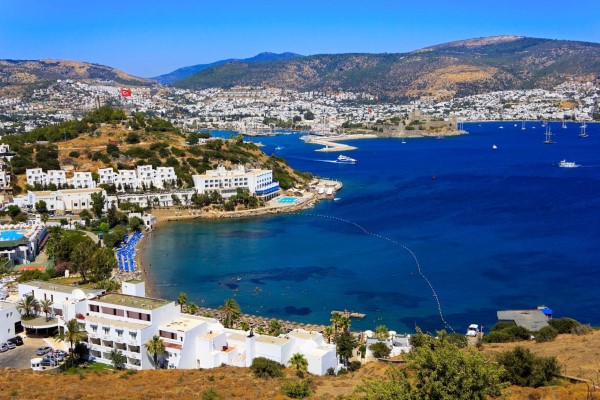 WHAT TO DO IN BODRUM