Bolu is one of the greenest cities in the Western Black Sea Region, with various kinds of trees in rich forests that cover 55% of its total area. Zonguldak surrounds it in the north, Duzce in the west, Cankiri in the east and Ankara in the south. It has a cold, snowy, and humid climate, showing the characteristics of both the continental and Black Sea climates. Its rivers and lakes garnish its beautiful valleys and green zones and attract thousands of locals as well as tourists every year for nature retreat or winter sports.  Yedigoller (Seven Lakes) National Park, Abant Lake, Golcuk Lake and Kartalkaya Ski Center are the most popular zones to spend holidays. Moreover, its regional food and cooks have a well-deserved fame all across the country.  The mid-sized population of the city, which is around 300.000 increase with the students of the Bolu Izzet Baysal University and locals from surrounding regions, who come for shopping and other activities throughout all year. Every Monday, a public bazaar opens at the center, offering fresh vegetables and fruits as well as various regional handcrafts. The cultural festivals are also very popular among the region. The Silk Way Culture and Arts Festival in Mudurnu, Izzet Baysal Gratitude Days in the city center, Koroglu Highland Festival, which is also home to wrestling competitions and the Cooking Festival in Mengen are the most preferred festivals to attend. Its nature, authentic districts and the calm atmosphere make Bolu a must-visit place. 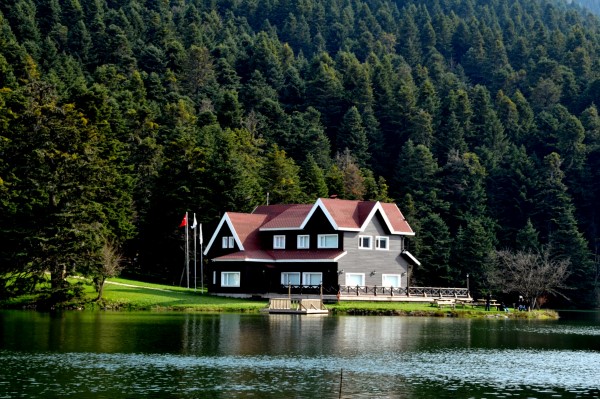 The long history of the city goes back to the ancient Phrygians and the Bithynians, which came here in 800 B.C. During the Bithynian period, it was the main settlement area by the name of Kienos. During the Roman period, the Emperor Claudius named it Claudiopolis. The Turkmens, who started to settle in the area after the 11th Century, changed its name to Bolu. The examples of the ancient houses belonging to the early civilizations can be seen in the Seben and Solaklar Rock Houses. The city was conquered by the Ottomans in the 13th century and governed as an autonomous city after that. One of the most important architectures of the Ottoman period is the Grand Mosque, which was commissioned by Yildirim Bayezid in the 14th century, and was renovated in the 19th century after it was destroyed by a big fire. The mosque is located on Ataturk Boulevard, where one can also find Kadi Mosque, which was built in the 15th century.  The shrines of the city make it attractive for religious tourism. The Tokadi Hayrettin Shrine is 13 km away from the city center and the shrine of Aksemseddin, the teacher of Fatih Sultan Mehmet, is in Goynuk. The historical hammams of Orta Hammam in the city center, Suleyman Pasha Hammam in Goynuk and Yildirim Bayezid Hammam in Mudurnu also stand as beautiful architectural examples. The rich mineral water resources of the city offer health to many patients in Bolu Hotsprings, which is 5 km away from the center.  Babas hotspring in Mudurnu, Catak in Himmetoglu Village and Baglum in Kezenozu village are also visited for health purposes.

Bolu’s center is the busiest and the most populated area in the city. Izzet Baysal Street is the main street, where most of the shops and offices are located. Bolu Organized Industrial Zone and Bolu Textiles and Mixed Organized Industrial Zone have significant share in the total economy. Moreover, the construction projects in the center offer opportunities for real estate investment, as the city attracts many investors, who prefer to invest in Bolu instead of the mega cities. Luxury investment is concentrated in touristic areas near the Abant and Golcuk lakes, although there are also villas for sale in the center, for those who prefer to buy luxury property close the city. Mercan-i Restaurant is one of the best places in the center to try regional Bolu food. Gerede is another industrial zone, which is home to leather and textile industries. Dortdivan is a district famous with its shrines and Koroglu Festival. Goynuk is a protected zone famous with its historical Bolu properties, shrines, mosques and wooden handcrafts. Mudurnu is another protected district with its wooden houses.  Abant and Suluk Lakes are also here. Seben is famous for its apples and the Kizik highland and the Seben Lake. Mengen is famous for its cooks and rich forests. 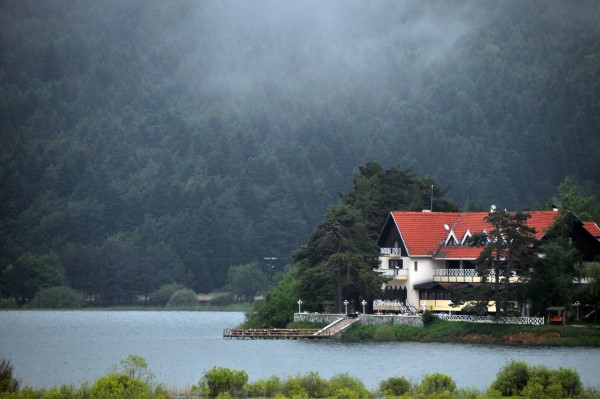 WHAT TO DO IN BOLU