Cesme is a world famous touristic destination of Izmir. It is located on the Karaburun Peninsula, 85km west of Izmir, with a population of 40.000. It is a very developed and popular area, with its beautiful beaches, as well as its luxury resorts and boutique hotels. It is also one of the world famous spots for windsurfing. The region has been the summer retreat place of the locals of Izmir. Therefore there is a great deal of property investment in Cesme and its neighboring districts. It is worth travelling the nearby bays from Cesme, as they offer different opportunities for every interest. Golden Sand (Altinkum) Beach is famous with its gold-colored sands and cool water. Aya Yorgi Beach is an upscale beach, where its beach clubs turn into lively nightclubs at night. Ilica Beach is popular among those, who prefer warm and shallow waters. Pirlanta Beach is one of the trending beaches with its glowing sands. Ovacik Azmak Beach is for those who prefer a calm environment while Dalyankoy and Ciftlikkoy attract those, who want to enjoy its cool waters. Alacati beaches are popular among the surfers and upper-middle class people. Donkey Island, where several donkeys live, and the Greek Chios Island (Sakiz Adasi), which has a beautiful natural and historical setting, are the nearby islands to visit. The closest airport is Izmir Adnan Menderes Airport, which is 100km away.

Cesme was known as Cysus in the ancient ages. The first recorded settlement was started by the Ionians, who founded Erythrai in the 7th century B.C. It’s most significant period was when it became an important Genovese seaport city between the 3rd and the 14th centuries. The first Turkish invader was Caka Bey, who kept this commercially strategic region under his command for a short period, however the Genovese took it back. The Ottomans captured the town at the end of the 14th century. Erythrai ancient city is located in Ildiri and its antique theatre, city walls and several mosaic structures draw in many tourists every year. Cesme Castle, which is also a popular site to visit, was built in the 16th century during the Ottoman era as a fortress to protect the city. The Cesme Museum, where various artifacts belonging to the ancient ages are exhibited, is also in the Cesme Castle. 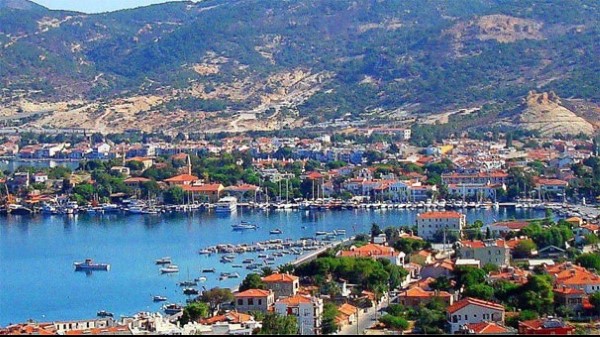 Cesme’s center is a developed district with its luxury flats and hotels as well as entertainment and shopping options. The city center close to the Cesme Castle is full of colorful shops, offering various regional products. Aqua Toy City is preferred by the families and gets crowded especially at weekends. While there are various accommodation options from family hostels to boutique hotels, Cesme is an important hub for luxury investment.
Ilica and Sifne are health tourism spots housing several thermal hotels. While Ciftlikkoy, Golden Sand and Pirlanta regions are trending places for real estate investment in Cesme, Boyalik, Alacati and Dalyan are the pioneer regions to invest. Boyalik Bay is famous with its calm and warm waters, Aya Yorgi Beach being the most popular. An upscale environment is surrounding the beaches and there are several opportunities for luxury real estate. Alacati is the most well known district of Cesme. It is home to old Greek houses, as well as new luxury apartments, beautiful sandy beaches and ideal conditions for windsurfing. The Alacati Herb Festival attracts many visitors in April, for its regional tastes and various herbs. Dalyankoy is a nice fishing village with a beautiful beach next to Aya Yorgi and famous for its upscale fish restaurants. 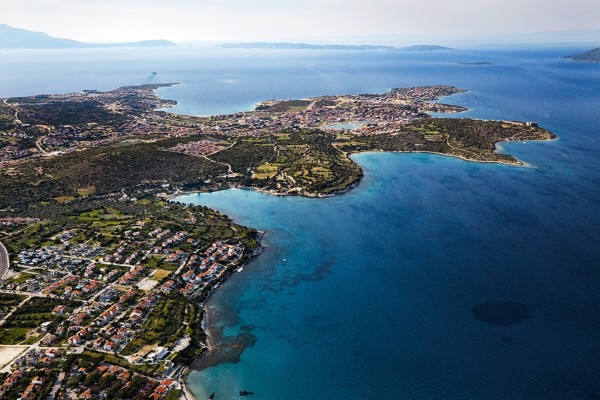 WHAT TO DO IN CESME