Gocek is a small village, located on the Western Mediterranean Region, settling on the hills of the Taurus Mountains. Its turquoise sea and green lands covered with pine trees and forests as well as its six upscale yacht-ports attract many sailors and nature lovers worldwide. Its population is more than 6000, most of which mainly deal with tourism. It has a relatively calm and relaxing environment contrary to its close neighbor Fethiye’s busy urban setting. Its unspoiled islands and the suitable Aegean/Mediterranean climate make this a beautiful sailing spot. It is possible to find several boat tour options in its beautifully designed marinas from daily discovery tours to weeklong blue voyage options. 12 Islands tour is a very popular tour, which visit the unspoiled beautiful islands in the bay, including the Knights Island, where the Rhodesian Knights lived; Tersane Island, the biggest island in the region with Lydae ancient city on its hills; Hamam Bay, where there is a nice walk trail in its forest; and the Bedri Rahmi Eyuboglu Bay, where the famous Turkish painter Bedri Rahmi did a fish drawing on one of its rocks. Gocek Tennis Club is the favorite entertainment center of sports lovers. Moreover, the historic sites, beautiful beaches and the exciting nightlife of Fethiye are very accessible due to the 32km distance. Sarıgerme Beach and Dalyan are other popular natural beauties nearby. It is also just 21km away from the Dalaman International Airport. 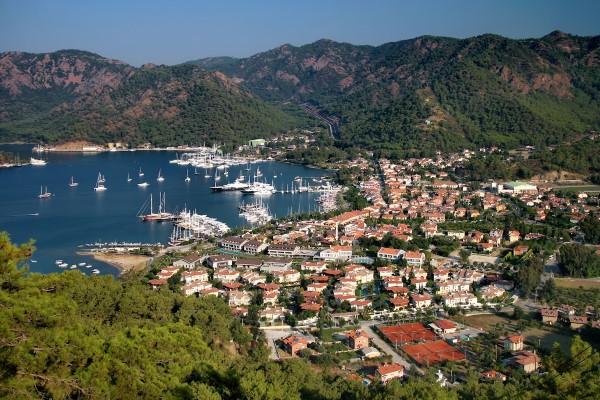 The mythological character of Ikarus, who tried to pass the Mediterranean Sea without balancing its distance from the sun, is deemed to fall in the Aegean waters of the Gocek Bay according the mythological sources.  In the ancient ages, it was a small Lycian town, settled between the cities of Telmessos in Fethiye and Kaunos in Dalyan.  Its historical past is parallel with the region, being home to several power struggles between the Persians, Romans and the Byzantine until it was seized with the Ottomans in the 15th century. Its safe harbor became important throughout all history for commercial shipments.  Kapidag Peninsula, which can be reached by boat, is home to Kyra, Lisai and Lydai ancient cities.

Gocek is home to many luxury properties, mostly appealing to the upper-middle class. Several luxury resorts were built in its bays, although the area cannot extend due to its natural restrictions. Many people prefer to buy luxury villas in Gocek and also use the marina to tie their boats. Its proximity to the Dalaman Airport, makes it a favorite zone for luxury investment. 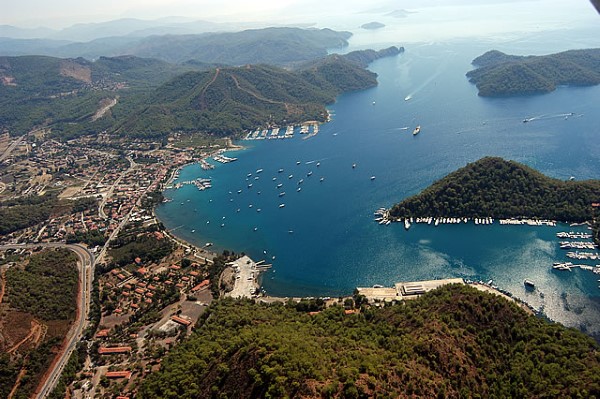 WHAT TO DO IN GOCEK