Istanbul is Turkey’s most populous and most important city in terms of economy, culture and history. The Sea of Marmara, the Black Sea, Tekirdag and Kocaeli surround this unique location that connects Europe and Asia. Its humid Mediterranean climate keeps it cool and windy during winters and hot and humid during summers.  It is divided into two (the European and Anatolian Sides) by the Bosphorus Strait. The city has significant importance also in the Eurasia region, as it is a business and transportation hub between Europe, Asia, Middle East and Africa. Its population is over 14.000.000, making it the largest city in Europe as well. The city has a pace that one just needs to experience and there are always new opportunities for business and property investment. Traces of its powerful history can be seen all around the city. The Historical Peninsula, which remains in the borders of the Fatih district, is home to many examples of Ottoman and Byzantine architecture. Its magnificent Bosphorus Strait has long shores on both sides, adorned by luxury mansions, restaurants, cafes and parks.

Istanbul is one of the cities that witnessed many important settlements and conquests that determined the history of the world. Being one of the oldest cities in history, the first settlements date back to the Copper Age and the Neolithic Revolution, with the earliest human settlements being discovered in Fikirtepe, on the Anatolian side. Thracians and Phrygians were there until the Greeks came. They established a colony in 685 B.C and built Acrapolis in Sarayburnu. In 667 B.C, Byzantion was established. When the Romans captivated the city, the city became the capital of the empire and its name was converted to Nova Roma and later to Constantinopolis, following the death of Emperor Constantin I in 337. The city had a very strategic role and the Ottomans started to attack the city from 1391 to 1453, where finally, Fatih Sultan Mehmet conquered it. Istanbul remained as the capital of the city during Ottoman era, being the center for commercial and cultural development. The cultural richness of the city has a worldwide fame as there are many historical sites, museums, palaces, mansions, mosques and churches in every corner of it. The most popular historical area to visit is Sultanahmet, where there are Blue Mosque, Hagia Sophia Museum, Topkapi Palace, Basilica Cistern as well as Istanbul Archeology Museum to see the artifacts of the ancient civilizations. The historical city fortress is also located in this area. Eyup is one of the most popular religious places to visit, as Eyup Sultan Mosque is the tomb of the flag bearer of Prophet Muhammad takes place. 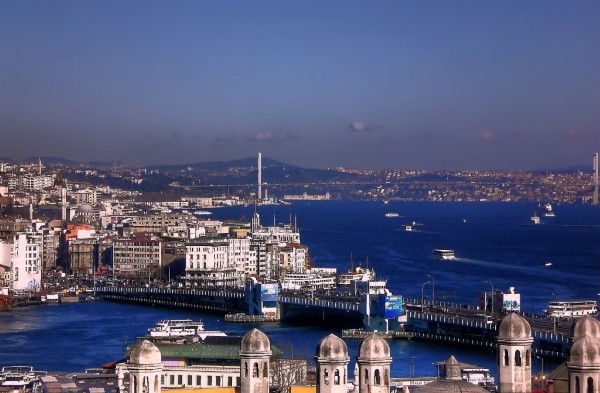 Istanbul has 39 provinces and each one of them have is experiencing rapid development. The European side has the biggest share in economic transaction and its urbanized areas increase rapidly due to large construction projects.  Beyoglu is one of the oldest provinces, with its Taksim district being the cultural center of the city. Istiklal Street is the most popular area to visit, as its numerous cafes, restaurants, shopping centers, museums and exhibitions attract millions of people every day. The nearby Tarlabasi and Tophane are in the midst of urban transformation and their popularity is increasing among the locals who prefer to live in historical Istanbul properties. Galata is the historic symbol of the area and is home to many of the expats in Istanbul. Cihangir is an upscale district famous for its cats and luxury flats.  Sisli province is one of the business hubs of the city, and its busy Mecidiyekoy district and Cevahir Shopping Mall are almost always crowded. Besiktas province is also one of the most popular areas of the city, from the upscale Levent and Etiler districts to Kanyon and Akmerkez Shopping Malls and the Bosphorus districts of Ortakoy and Bebek. Besiktas is also the gateway to the Bosphorus Bridge and over to Asia. Levent is the home of business towers, plazas and luxury apartments. Largely, the upper middle class prefers Etiler and Ulus districts. Sariyer province is famous for its green hills, beautiful and historical Istanbul villas and mansions and restaurants serving fresh fish. Maslak is another significant business center, where the offices of many international and local companies are located. Istinye Park near Maslak is a beautifully designed, popular shopping mall. Bakirkoy province is home to the Ataturk International Airport and Istanbul World Trade Center, where many important international trade fairs are organized every year. The European side is extending to the north and west nowadays with two mega projects in the pipeline, such as the Third Bridge and Third Airport. Başakşehir is a recently established, huge satellite town with many important ongoing housing projects. It is the new investment hub for property investment in Istanbul, with great contribution to the Istanbul real estate market.

Kadikoy is the liveliest province of the Anatolian Side. Its famous Bahariye Street in the center is a hub for cultural activities and shopping. Kadikoy has a big shore near the Sea of Marmara and all the districts from Moda to Fenerbahce and CaddeBostan are very popular among the locals for walking, having lunch or café and several other activities. The upper-middle class residents also prefer these districts and the prices for luxury properties are relatively higher than most of the other zones. Uskudar is the historical center of the Anatolian side, as there are several mosques to visit. Connection to the Bosphorus Bridge is made from the Altunizade district. Beykoz is one of the greenest provinces, and its Kavacik district is the gateway to the Fatih Sultan Mehmet Bridge. Princes’ Islands can be visited by ferry from Bostanci, which also has a beautiful shore and luxury houses. Maltepe and Pendik are two of the most rapidly developing provinces, offering new opportunities to invest in Istanbul. A recent satellite town is established in Pendik, which is also home to Sabiha Gokcen Airport, the second international airport of the city.

WHAT TO DO IN ISTANBUL