Kas is one of the most popular touristic destinations of Antalya, famous with its cute ambience, nature and historical background.  This small town is settled on hills running down towards the Mediterranean, creating a typical Turkish Riviera. The region’s warm climate and beautiful sea is combined with the beautiful mountain scenes and green forests of southwest Turkey. Although the population is just above 50.000, the town gets very busy during the high season.

Kas is considered as the best place for scuba diving in Turkey with 15 diving zones. Moreover, there are options for paragliding, trekking and cave visits.  Blue Cave and the Pigeons’ Cave are the most visited caves in the region. For those, who prefer to relax on the beaches of the town, there are several options. Little Pebble Beach (Kucuk Cakil Plaji) and Big Pebble Beach (Buyuk Cakil Plaji) are two favorite beaches to chill out and watch the beautiful views of Meis Island, a Greek island, which can be visited by daily trips. Akcagerme Beach is 4 km to Kas center, and it is a popular blue flag sandy beach. Limanagzi Beach can only be reached by boat and there are frequent tours from Kas harbor. Cukurbag Peninsula is also a popular place to visit, only 5km from Kas center. Kas and Cukurbag are home to several boutique and local hotels as well as luxury properties and resorts. There are also options for camping enthusiasts. Kaputas Beach, which 25 km away from the town center, is a special place to visit with its turquois sea and canyon. Kas is 2 hours away from Antalya and Dalaman airports and can be reached either through private transfers or buses. 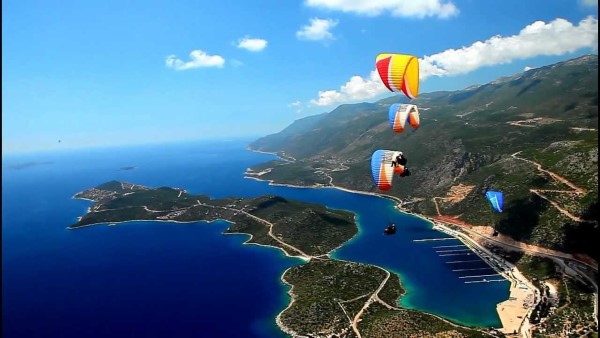 Kas was founded by the Lycians around 3000 B.C. Lycia was a developed civilization with vast commercial transactions and influence in the area. Their dominance ended with the Persian attacks in 6th century B.C. Although they defended their town until the end, when they admitted defeat, they chose to set it all on fire instead of leaving it to the Persians. They re-united in 2nd century B.C, however they were attacked by the Roman Empire in 1st century B.C. During the Roman Empire, the town served as the port of Phellus. It was conquered by the Seljuks in the 12th century and finally by the Ottomans. The ruins of other antique Lycian cities can be visited in the nearby villages around Kaş. The Lycian Antiphellos Antique Theatre, on the way to Çukurbağ, still stands strong. The most important tomb of the town is the Picture of The Lion Tomb, which is in Uzun Carsi Street in the center. Moreover, the antique Lycian island of Kekova, 40 km away from Kaş, can be visited by daily boat trips.  Every year, a celebration is organized on October 29 to celebrate the foundation of Turkish Republic. Several locals from different cities of Turkey as well as many tourists come to Kaş to attend the communal dinner and festival at Kas Square, where all the restaurants around organize their tables to serve festive food. 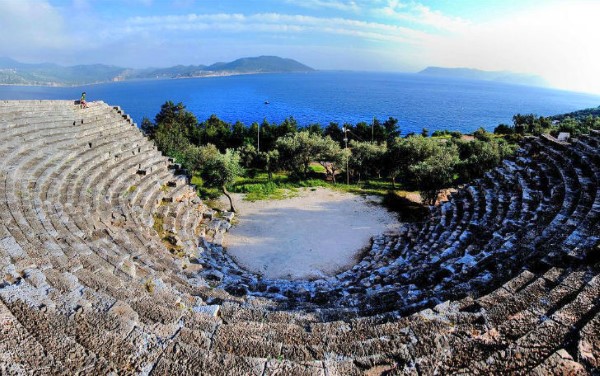 Kas is a relatively unspoiled touristic destination due to natural protection of its hills and the Mediterranean Sea. Therefore, there are not a lot of options for property investment in Kas. Several restaurants and shops offering regional food and handcrafts and its narrow streets attract those, who prefer to spend a peaceful holiday in a pretty environment. Most of the hotels have beautiful views of Meis Island and Cukurbag Peninsula. Gombe, one of the villages of Kas, is a hidden gem with its nature, Ucarsu Waterfall, Green Lake, Gombe Kebab and delicious fruits. Kalkan is another village, famous with its white houses and 13 km from the Patara beach, which is also an antique Lycian historical site. Many foreigners, who prefer to settle in more rural areas, buy Turkish properties in this region. Ova and Yesilkoy are other populated districts, which mainly deal with agriculture. 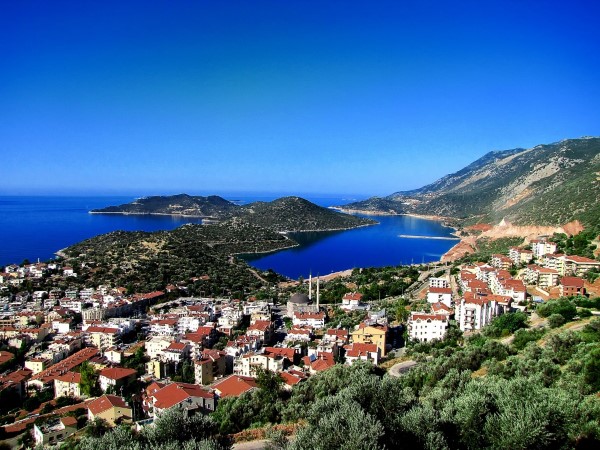 WHAT TO DO IN KAS