Kusadasi is one of the most touristic provinces of the Aegean Region, located 100km away from Izmir. The settlement is concentrated around Kusadasi Bay, neighbouring the provinces of Selcuk, Germencik, Soke and the Aegean Sea. Dilek Peninsula located in the bay is famous for its natural beauties and it is home to Buyuk Menderes Delta National Park. Pigeon Island (Guvercinada) is another popular peninsula, connected to the mainland of Kusadasi. The region is very suitable for agriculture due to its warm climate and wheat, olive and fruits are cultivated in the area. Its population is over 100.000; mostly dealing with tourism as a main source of income. Its yacht marina, beautiful beaches, forests and its proximity to the other touristic centers like Ephesus Antique City and the Greek island of Samos attract many travellers. The sandy beaches of the town have blue flags, and Ladies Beach, Love Beach, City Beach, Kustur Beach and Pigeon Island Beaches are the most crowded ones in summer. It is also one of the most popular stops for cruise ships in the Mediterranean. 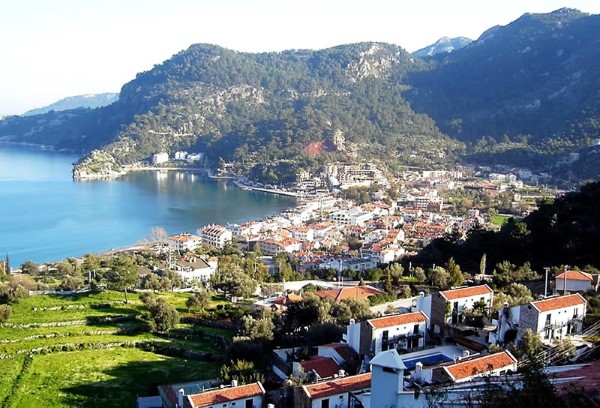 The town is considered as a historical arts and cultural center, since it was founded by the Legeles people in 3000 B.C. It was an Ionian town in the 9th century, being a commercial center and a seaport. In the 2nd century B.C, the Romans captured it, beginning the era of Christianity. The region was taken over by the Turks for the first time in the 11th century. Finally, the Ottomans annexed the region in the 15th century. It is believed that the evangelist Saint John and Virgin Mary came to this region to live. Basilica of Saint John, where the excavations are still held, is 18km away from Kusadasi in Selcuk. The House of Virgin Mary is located at the top of Bulbul Mountain and 27km away from the town. It is the most important place in Turkey for Christian religious tourism and it is visited by a huge number of travellers from all around the world every year. Ephesus Antique City, which, according to myths, was built by Amazon warriors around 3000 B.C, appeals to many visitors with its unique historical atmosphere. It used to be a commercial and religious center in the early ages and it displays its historical importance by being the most popular touristic center in the region. Priene is also one of the earliest settlements in the region, being home to several civilizations starting from 2000 B.C. The remnants of Miletos and Didyma, the ancient Ionian cities, which house the world famous Athena and Apollo Temples, can also be visited by daily tours. The most important historical structure belonging to the Ottoman era is Okuz Mehmed Pasha Caravanserai, which was built in the 17th century for Okuz Mehmed Pasha, the Grand Vizier of the Ottoman sultan. 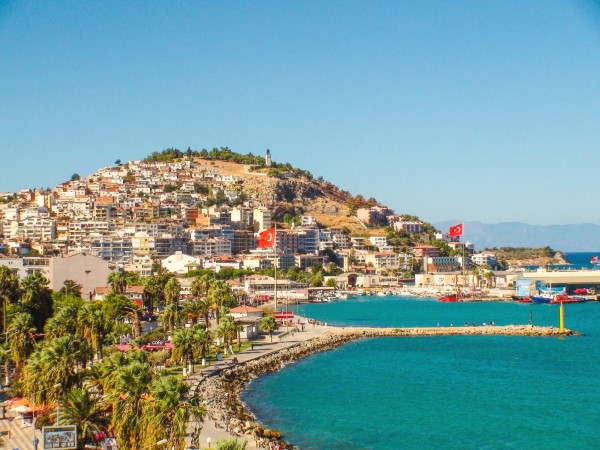 Kusadasi is more than a touristic town due to its luxury resorts and building complexes, shopping and entertainment centers, arts and cultural activities and continuous constructions of new Kusadasi properties. Many national and international companies look for opportunities to invest in Kusadasi, as it is one of the pioneer towns of Turkey for luxury investment. Kaleici and Ladies Beach are the central districts and there are many luxury houses, hotels and shopping centers around. The center gets even more crowded in the high season with the passangers of cruise ships and inhabitants of nearby cities. For the ones who do not prefer to settle in the center, the best areas to stay are Davutlar and Guzelcamli. Davutlar has a beautiful long sandy beach surrounded with many luxury real estates, while Guzelcamli is a green and peaceful shore, with a rising popularity in the Kusadasi real estate market. Buyuk Menderes Delta National Park is also located here. It is also possible to visit the Cave of Zeus, a show cave located in the west side of Guzelcamli. 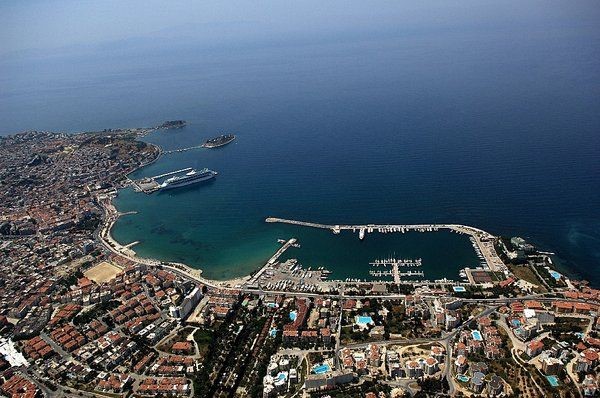 WHAT TO DO IN KUŞADASI