One of the most beautiful cities in the Eastern Black Sea Region is Ordu. Ordu is home to green valleys, endless hazelnut fields, and steep hills to see the amazing view of forests stretching towards the Black Sea. It neighbors Tokat and Sivas in the south, Samsun in the west and Giresun in the East. The climate is mixed with the snowy continental climate of the internal areas and the humid climate of the Black Sea. The northern Anatolian mountains also play an important role in shaping the climate. Its population of 750.000 mainly deals with agriculture as 70% of the population make a living from hazelnut production. The area also has very rich touristic sites and carries great tourism potential. Boztepe is a famous hill, where many people visit to admire the breathtaking view. There is a cable car from Ordu to Boztepe for daily visits. Ulugol Natural Park is also very popular, especially in autumns, when the leaves change colors.  The natural beaches of Cinarsuyu, Camlik, Devrent and Uzunkum are places, where one can enjoy the relatively short summers.  Other popular sites are Ohtamis and Caglayan Waterfalls with several others in Caybasi. Highlands, walk trails, trekking tours, camping opportunities, botanical tours and bird watching tours are also available for nature lovers visiting the area. For winters, the ski center in Cambasi is a popular destination. Moreover, the best examples of regional seafood that is exclusive to the Eastern Black Sea Region can be tasted here. Sagra, the famous chocolate and hazelnut manufacturer is also located here. 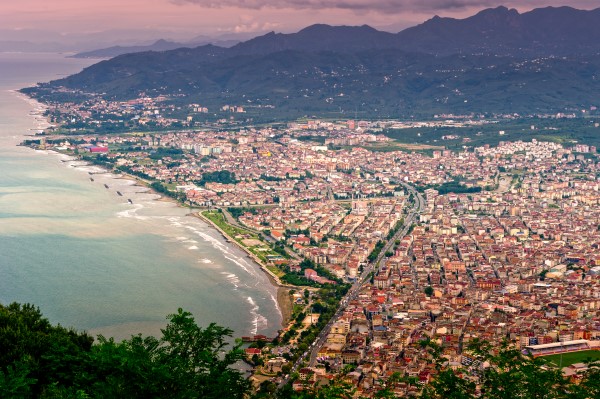 The history of the city starts with Cotyora, the ancient city of Colchians, which is located in Bozukkale, 2 km away from the city center. Cotyorans were Caucasian people with unique cultural structure and their stories of famous mythological figures like Prometheus and the Colossus of Rhodes have taken their places in history. Julius Caesar conquered the area in 65 B.C. and, so began the Roman period that lasted 1300 years until their defeat by the Seljuk Turks in the 13th century. The city passed to the Ottomans in the 15th century and remained an agricultural hub during modern day Turkey. Its cultural heritage can be traced in Pasaoglu Ethnographic Museum and through the rock graves in Buben, Delikkaya and Kalekoy. The main historical sites of the Ottoman era are; Osman Pasha Fountain, Atik Ibrahim Pasha Mosque, Aziziye Mosque, Eski Pazar Mosque and Selimiye Mosque, which are located in the city center. There are many other architectural examples of the Ottoman and the Roman periods, from castles and churches to shrines and hammams, in almost every district. The influence of the past can be seen in every corner of the city, as there are several protected and renovated streets, where famous historical Ordu properties can be seen.

Altinordu is the center of the city. The natural beauty of the city reflects itself here with its long shore, green valleys as well as several parks and walk trails. The development of the province is accelerated by the ongoing construction projects, as there is a high demand for real estate in central Ordu and there are also many opportunities for luxury investment. The cultural heritage is well protected although the hills of the city are opened to new housing projects.
Unye is one of the most famous districts of Ordu, 75 km away from the city center. It has a little port and a long history with several sites to visit. The town hall from the 18th century, Unye Castle and the shrine of Yunus Emre, the famous Sufi mystic, who lived in the 14th century, are the popular places to visit here. Persembe is one of the busy districts due to the recent urban transformation welcoming new investors who are looking for affordable Turkish properties. The Yasonburnu peninsula, Hoynat Island, Persembe highland and Efirli Mosque are the popular natural attractions and sites to visit. Fatsa is another popular district, famous for its Bolaman hotsprings, Belice rock on the sea, ancient rock tombs and Lake Gaga. The city has great potential for health tourism, with Golkoy being another district to visit for its healing thermal waters. It is also famous with its walking trails, Ulu Lake and the Golkoy Castle, which was been included in the World Antique Monuments List since 1997. Akkus also has strong sources of mineral water, feeding the Camalan hotspring in the district. 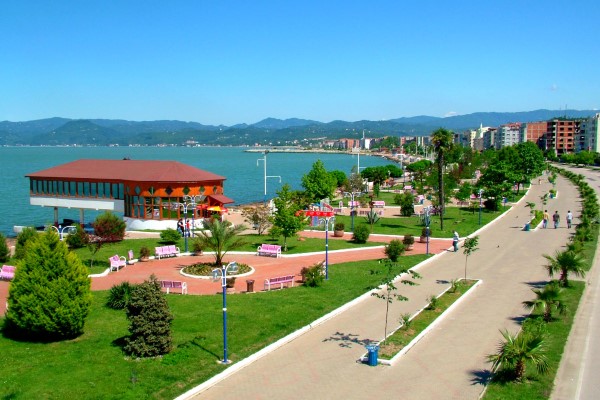 WHAT TO DO IN ORDU