Side is a famous touristic resort of Manavgat, and it is 78km away from Antalya. Its beautiful sea, blue flag beaches and historical sites make it one of the most popular places to spend the summer holidays. Its population, which is nearly 10.000, mainly deals with tourism and agriculture. The seaside is reserved for luxury houses and all-inclusive five star hotels while there are also opportunities for outdoor sports, due to its beautiful nature. Many nature lovers visit the area for scuba diving, safari and horse riding. Manavgat Waterfall is just 7km away and it is a perfect place for nature visits. 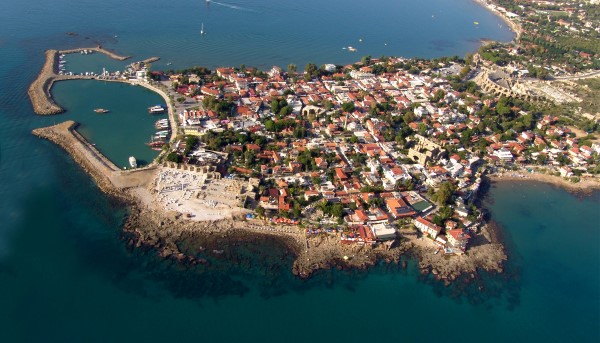 The history of the town is aligned with the nearby neighboring districts of Antalya. The area belonged to the Lycians and the Persians before it was captured by Alexander the Great. It saw huge development during the reign of the Roman Empire, between 1st century B.C and 3rd century A.D. During this period, the city became an important seaport and a commercial zone. Many Roman historical sites, which still stand today, were also built in that period. The name “Side”, which means pomegranate with reference to abundance in the local daily language, is also a heritage of the Roman Empire, where the shapes of the pomegranates were published in the coins. It lost its importance due to the ongoing wars and the big fires after the 10th century and its inhabitants migrated to other towns. Its population was crowded again in the 19th century by the settlement of the Greek Turks, which were forced to leave Crete Island due to local wars. The antique theatre in the town displays the characteristics of classical Roman Architecture. The big door of the ancient city, the Vespasianus Fountain, the temples of Dionysos and the Apollo are the most famous sites to visit along with several historic tombs. Many important artifacts, which were discovered during the excavations, are exhibited in the Side Museum. The Roman Aspendos Antique Theather, which still stands strongly, and the Aspendos Bridge, which was built during the Seljuk period are the nearby must-visit attractions. 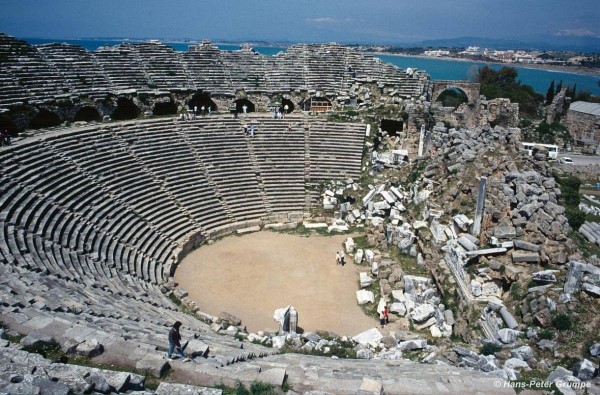 Side center is home to several luxury apartments, boutique shops as well as a lively nightlife. Side Bazaar is the most important shopping center of the area. Its harbor including the Side Antique City is one of the most recommended places to visit. The nearby restaurants offer fresh fish and beautiful Mediterranean views. The nearby districts of Kumkoy and Gundogdu are also home to beautiful beaches, several luxury houses and all-inclusive resorts.

WHAT TO DO IN SIDE