Tekirdag is one of the most beautiful cities in the Marmara Region, with its amazing nature, well-developed industry and friendly residents. Many locals of Istanbul have their summerhouses here, as it is only 2 hours away from Istanbul. The city is not limited to its touristic potential, but it is also a hub for several production facilities and a harbor for agricultural products. Today, the inhabitants of Tekirdag are very proud of their nature, delicious regional food, history and culture. The city has grown busier due to urban transformation projects and draws in many people, who are in search of affordable new Turkish properties.
It is located on the northern coast of the Sea of Marmara and surrounded by Istanbul, Edirne, Kirklareli, Canakkale and the Black Sea.  Having the properties of both Mediterranean and continental climate, with hot and humid summers and cool winters, lands around Tekirdag are very fertile and its green valleys are covered with sunflowers, wheat and grapes. Although the population is less than 1.000.000, visitors during spring and summer increase its density, especially in the coastal regions. 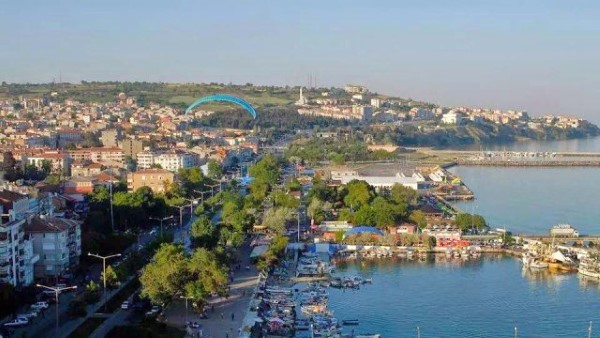 This typical Thracian city has a long history dating back to the ancient periods of the Thracian Tumulus. The city was home to two ancient cities of Heraion Teikhos (B.C 2000) and Perinthos (B.C 500), two important harbor cities of the ancient Greeks and the Samians. During the Roman period, its resourceful lands continued to provide agricultural products to nearby cities. After the Ottomans conquered it in the 14th century, the city expanded and included Armenian-Ottoman and Greek-Ottoman population. During the Turkish Republic, the pluralist culture and reliance on agriculture remained the same.
One of the most important historical sites is Rüstempaşa Külliyesi, the Islamic-Ottoman building complex, built by Mimar Sinan for Rustem Pasa, the son in law of Suleiman the Magnificent. The Old Mosque is a historical mosque that was renovated after a big fire. Hasan Efendi Mosque, Yusuf Aga Mosque and Inecik Imaret Mosque are other mosques belonging to the Ottoman period.  Most of these sites are on the central Ertugrul Street, the busiest zone of Tekirdag city. The ancient city of Perinthos was discovered in Marmara Ereglisi and remains open to visitors throughout the year.

Almost all of the provinces of Tekirdag are popular and well developed. Suleymanpasa is the newly founded municipality, governing all central Tekirdag districts. The provinces that lie a little far from the center are even more popular than the central ones. The most developed province is Corlu, which is also one of the most developed provinces of Turkey. The international airport, beaches, forests and a dense industrial zone make it unique in the entire Trakya region. Many locals, who don’t prefer to work or invest in Istanbul, choose to settle in Corlu. It is also now subject to rapid change through urban transformation, attracting many players from the Turkish real estate market. Sarkoy is one of the best places to visit, as the village is just next to the Sea of Marmara and is famous for its Blue Flag beaches, water sports and fresh fish. Another fishing village is Marmara Ereglisi, which is also home to vast expanses of cultivated lands. Its two natural harbors support the commercialization of the district, opening way to new business and luxury investment opportunities. Malkara has above-average fertile lands, which are irrigated by artificial lakes and husbandry also has a big share in its economy. Moreover, the district benefits from its rich underground reserves as half of the area has mining license for brown coal. Hayrabolu is famous for its Organized Industrial Zone, wide arable lands and the regional Hayrabolu desert. 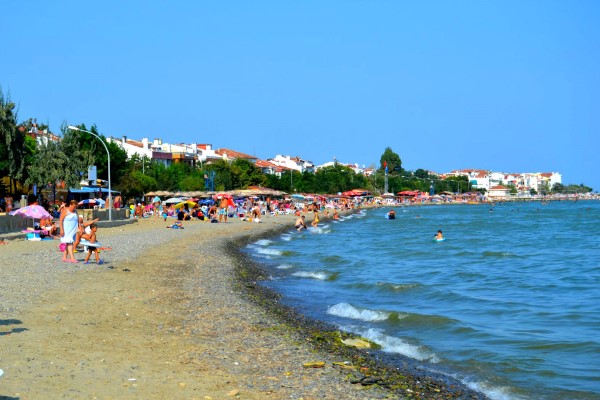 WHAT TO DO IN TEKIRDAG