Trabzon is located in the Eastern Black Sea Region, neighboring Rize in the east, Giresun in the west, Gumushane and Bayburt in the south and the Black Sea in the north. Most of its lands are part of the Zigana Mountains and its humid climate is a result of the Black Sea.  It is one of the cities with the richest underground resources and there are several mines operating in the area. The population is more than 750.000 and meanly deals with agriculture and fishing. Trabzon Airport is the biggest airport of the region.

Trabzon has a rooted history of civilizations starting from the 9th century B.C. One of the most significant civilizations traced through the written sources is the Byzantine Greek Empire of Trebizund, which settled here between the 13th and the 15th centuries after the fall of the Eastern Roman Empire. Fatih Sultan Mehmet conquered it in 1461. Many education centers were built during his period like Fatih Madrassah, Hatuniye Madrassah, Iskender Pasha Madrassah and Hamza Pasha Madrassah.  It was called the city of Princes after the son of Bayezid II was assigned here as governor. It was taken by the Russians after the First World War, but was recaptured in 1918.  The most important architecture belonging to the Trebizund period is the Hagia Sophia of Trabzon, now the Saint Sophia Museum, which was established in the 13th century.  The Trabzon Castle is dated back to the Byzantine Period and most of its walls are still standing.  Sumela monastery is a Greek-Orthodox monastery in the Macka district, which was built in 386 B.C, however it is now closed to public due to researches about the reasons behind increased seismic activity in the area. Fatih Mosque in Ortaşehir was originally built as a Byzantine church and converted to a mosque displaying the samples of Ottoman calligraphy. Yeni Cuma Mosque and Nakip Mosque are other examples of Byzantine architecture, converted to mosques after the conquest. Iskender Pasha Mosque was built in the 16th century in Ottoman style. 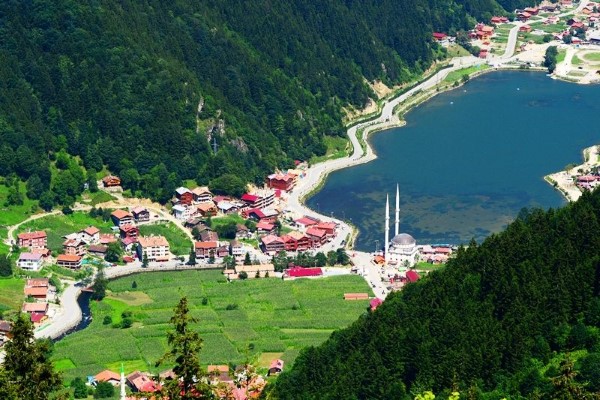 Trabzon has 18 provinces and most of them deal with agriculture. Trabzon center is the biggest area, with an economy depending on both industry and agriculture. It is located on the hills of Boztepe, which is a very popular place to see the city view from above. It is also one of the most preferred places for luxury investment.  Moreover, a big urban transformation project is creating new opportunities for property investment in Trabzon.
Akcaabat is the second largest district and it is most famous for Akcaabat meatballs and the regional horon dance. Fishing, agriculture and tourism are the main sources of income in the area. Hidirnebi Valley is also located here with its touristic facilities and it is one of the most popular places for trekking. Arakli is home to wide spread green forests and Karadere river, the longest river in the area. Ortahisar is one of the oldest historical districts and where Suleiman the Magnificent was born. The tomb of Gulbahar Hatun, wife of Fatih Sultan Mehmet is also here. The ancient church of Hallac Monastery is also very popular among the tourists. Caykara is the most popular touristic destination, with its Taspinar and Uzungol villages. Both are green valleys with steep hills and beautiful forests, and there is lake in Uzungol with several hotels around it. 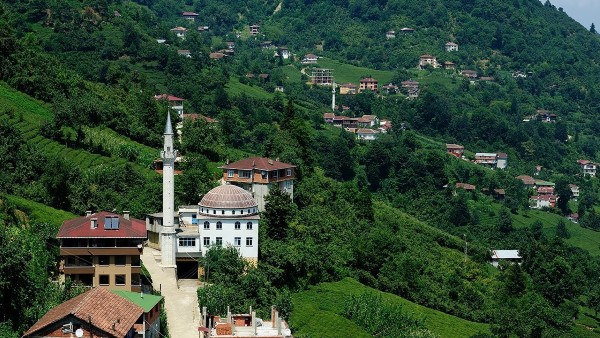 WHAT TO DO IN TRABZON